Home > News > A Month of Authorial Reading Is Reaching Its Finale

A Month of Authorial Reading Is Reaching Its Finale

The international festival A Month of Authorial Reading is reaching the finale. The Library for Youth in Košice is giving its visitors one last offer that no lover of literature should miss.

The last three days of the Košice festival of literature will be dedicated exclusively to local authors, and in the second part to the very last of their Georgian visitors.

Iveta Hurná, the director of the library, informs us about the authors and the program: "Our very last offer for the first three days of August is more than interesting. Vladimír Balla, Monika Kompaníková and Peter Hruška will represent the local scene, while Davith Gabunia, Lia Likhokeli and Erekle Deisadze will represent the Georgian scene." 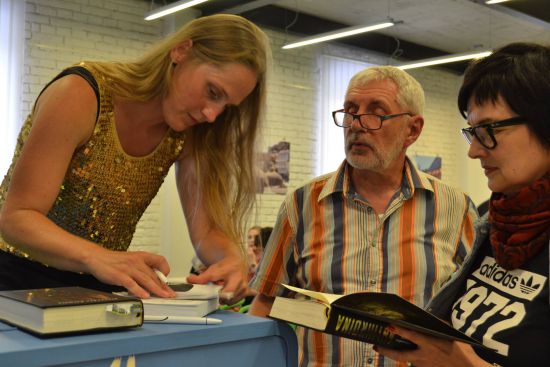 Surely, the local authors need no introduction. Their names often appear in various kinds of media, but we can at least go over them quickly. "We will be hosting the winners of the Anasoft Litera Award – Balla, who won it for his book V mene otca (In the Name of the Father) and Monika Kompaníková, who was awarded for the book Little Harbour. The last one belongs to Peter Hruška, a Moravian poet, literary scientist and laureate of the State Prize for Literature." He will dedicate the second part of his performance to music along with the band FUMAR MATA, in particular František Hruška on guitar and Richard Sýkora on drums. 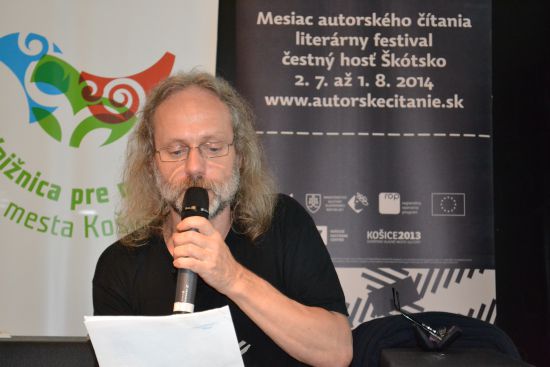 "Georgia is represented by Davith Gabunia, a dramatist that won a prize for the best theatrical play at the Ardifest festival, as well as the competition to translate the second and third Harry Potter book into Georgian. On the day before the last, we will get a chance to hear the poetry of Lia Likhokeli, the holder of the most prestigious Georgian literary award Saba. And last but not least, the very last visitor from Georgia will be the writer and locally-known musician Erekle Deisadze, who had to stay in hiding for a period of time because of his work."

If you want to see the last of the festival's program, you can visit LitPark on 2 Kukučínova St. in Kasárne/Kulturpark in Košice on August 1-3, starting at 6PM. "In case you can't make it anymore, we are looking forward to seeing you on the next year's festival, this time maybe with representatives of Turkish literature. Of course, we want to thank all literary fans who wanted to get to know the work of authors form different countries just like we did."