Home > News > Sunken Souls. From the Works of Slovak Poetesses of the First Half of 20th Century

Sunken Souls. From the Works of Slovak Poetesses of the First Half of 20th Century

A new book from the ASPEKT publishing house soon available for purchase!

A new reader titled Potopené duše. Z tvorby slovenských poetiek v prvej polovici 20. storočia (Sunken Souls. From the Works of Slovak Poetesses of the First Half of 20th Century) is a groundbreaking act of essential importance. It was compiled by the literary historian Andrea Bokníková who also complements it by an introductory study. This extensive selection of poetic texts penned by twelve extraordinary poetesses is a result of Bokníková's long-lived interest in early 20th century poetry. This unique reader presents forgotten and undiscovered poems along with other textual and visual materials from the lives and works of both more and less known names. It is a source of knowledge as well as powerful aesthetical experiences.

The literary scientist Andrea Bokníková selected scattered publicized and unpublicized poetic texts of twelve Slovak poetesses from public and private archives, compiling them in editorial cooperation with ASPEKT into a form attractive for the reader, while also "collecting" the authors' fates and thus allowing them to speak in their own words. The result is a literary material of such attractiveness, artistic value and richness of experience and thought, that it rightfully belongs among the most important additions to the landscape of our contemporary poetry. The publication has been academically evaluated by Ján Gavura, Vladimír Petrík a Jaroslav Šrank. 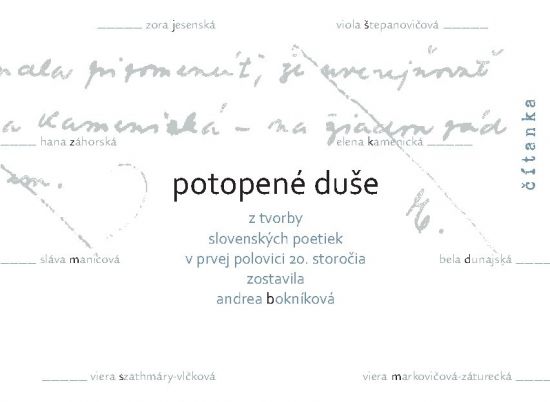 A selection of their poetic work is accompanied by portraits of their lives and works, excerpts from non-poetic texts (articles, essays, correspondence) and photographic documentation. Many of them wrote on the fringes of contemporary interest, as well as the fringes of 20th century Slovak literature acknowledged and endorsed by literary scientists and historians. Some of them had no poetry collections published (Ľudmila Groeblová, Šára Buganová, Zora Jesenská, Hana Záhorská, Viola Štepanovičová) or they presented themselves in writing only through later verses (Nora Preusová, Henny Fiebigová). Others were scraped from literary history mainly due to political reasons (Bela Dunajská, Elena Kamenická and Sláva Manicová), while poetry collections of others were published after a very long time (Viera Szathmáry-Vlčková and Viera Markovičová-Záturecká). 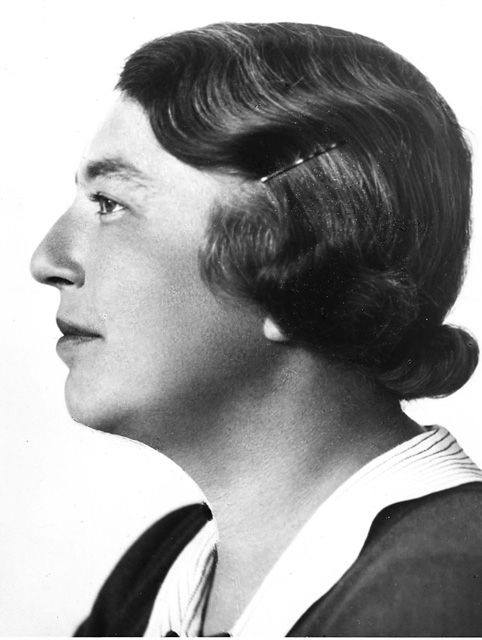 The uniqueness of the poetic creation contained in this anthology resides in the fact that it can't be smoothly sorted into literary history. The poetry often arose out of a personal need, as is partially the case with the verses written by Markovičová-Záturecká, and other times it was tangibly different from the state of poetry in Slovakia at the time, as is the case with Jesenská. However, the poetry emanates a charming patina, especially through how it is capturing the way of life and the state of the Slovak language at the time. Aesthetic value was the main criterion for the selection of authors and poems, but the stories of the poetesses themselves are often gripping in their historical anchoring. The poetesses often dedicated their lives and their energy to caring for their family, helping those around them, while sometimes they sacrificed their creative potential in order to offer support or inspiration to someone else. Moreover, the former political regime also had a huge impact on their fates.

More info on the publication and the opportunity to order the book at a discounted price on aspekt.sk