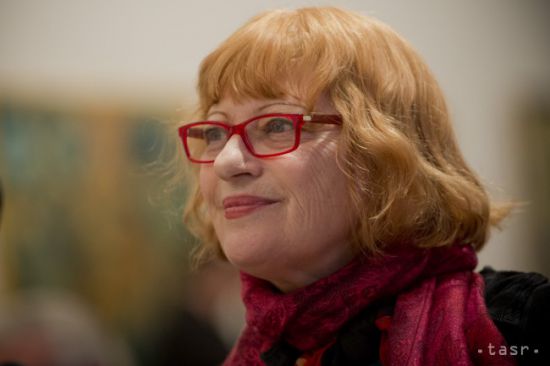 Haugová belongs among the biggest talents of female poetry. Her verses are meditations on pain, suffering and constant search for love. She takes her inspiration from the lives of women, the relationship between a woman and a man, or the one between a mother and a daughter. She is not only the most translated Slovak poet, but also the most prolific contemporary poet. Since 1980, she has published over 20 books of poetry, including Rusty Clay (Hrdzavá hlina), Transforming Surface (Premenlivy povrch), Possible Tenderness (Možná neha), Primal Love (Praláska), Lady with a Unicorn (Dáma s jednorožcom), A Winged Woman (Krídlatá žena), The Atlas of Sand (Atlas piesku), White Manuscripts (Biele rukopisy) or Doe Looking at the Polaris (Srna pozerajúca na Polárku).

In 2008, Haugová was awarded the Club of Independent Writers Award for her poetry collection Disappearing Angels (Miznutie anjelov). In 2005, 2007 and 2009, she was given the Literary Fund Award for original work. She has been awarded the Dominik Tatarka Prize 2013 for two books: the poetry collection Tvrdé drevo detstva (The Hard Wood of Childhood) and the book of interviews titled Cetonia Aurata.

Mila Haugová was born on June 14, 1942 in Budapest, Hungary. When she was a child, her family often moved to different places in Slovakia (Vráble, Nitra, Breziny, Zlaté Moravce, Levice). Between 1951 and 1953, her father was imprisoned for political reasons. She graduated from the University of Agriculture (today's Slovak University of Agriculture) in Nitra. She worked as an agronomist and a high school teacher. After the occupation of Czechoslovak Socialist Republic by the Warsaw Treaty armies in August 1968, she emigrated to Canada. However, after a year she came back. She worked for the literary magazine Romboid (1986-1996). In 1996 she went on a study trip to the USA.

The poetry of Mila Haugová overstepped the boundaries of Slovakia. Her poems have been translated into several world languages. Sabine Bollacková saw to an extensive translation of Haugová's verses into French. The book was published in 2001 in the Parisian publishing house Caracteres under the title Gradiva.

Haugová herself translates poetry of her colleagues from abroad. One of her most recent projects is a translation of the poetry of James Wright, an American poet, which was published in 2016 under the name Červenokrídly drozd.

In 2013, an anthology titled Proglas, preklady a básnické interpretácie (Proglas, Translations and Interpretations of Poetry) was published. Haugová approached her contribution to the anthology almost as a palimpsest of poetry. In August 2015, a concert presenting the work of an avant-garde Slovak composer Roman Berger took place in the St. Elizabeth Cathedral in Kosice. The program included a presentation of Haugová's work and she also personally introduced new texts dedicated to the occasion of the composer's birthday.

Haugová's poetry was used by the director Katarína Kerekesová as an inspiration for her animated film Stones (Kamene, 2012) and her verses have been set to music by the songwriter Zuzana Homolová.