Home > News > Manfred Chobot: Reading a poem should not feel like solving a Sudoku riddle…

Manfred Chobot: Reading a poem should not feel like solving a Sudoku riddle…

When do you consider a poem finished?
When do you say to yourself, "My work is done, it is ready to be released into the world."?

That is very hard to explain. I have various versions of many of my poems... It is very important to leave a poem to mature, because otherwise one can work on a poem for a very long time, the same way that it happened to me. The first version was finished in the blink of an eye, but then I had a guilty conscience. It told myself, "Come on, this cannot happen. I have to put more work into it." So I did, I devoted more time to it, but the poem kept getting worse. I think it is natural for the lightness of the initial moment to get lost in every other version... However, I didn't realize it immediately.

But you do go back to your poetry...

There are various versions of the majority, or rather a large number of my poems. However, I must also add that I write all my poetry on a computer. I never write it by hand. So, before finishing a poem, there are always a couple of other versions.

So, when do you then decide that a poem is finished?

Huh, well, it is simple. When I'm reading it and I think "I am satisfied with this." It's very hard to explain. 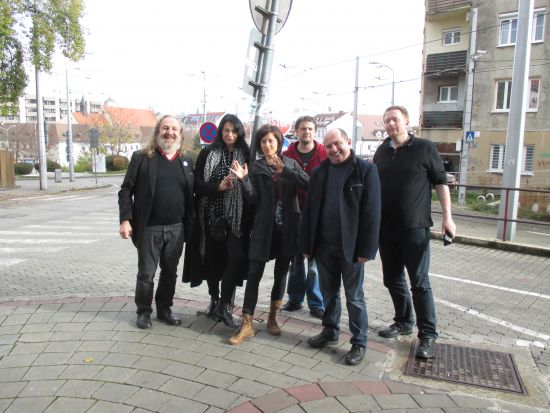 What sort of a poet are you? Are you an early bird, or is it easier for you to write at night?

I always write at night. As a rule, I go to bed at 6am and I don't get up before 1pm. I am a night owl through and through, which developed itself the most when I was a student. I would study and the time kept running by, and I realized that I can only find my peace at night. At that time, there is only one disruptive element around, and that is myself. After all, nobody would dare to call you at night :)

What do you consider a good poem?

A poem should not be a Sudoku. The intelligibility of a poem is a top priority for me. It's also important to realize that the German language is weighed down by metaphors. It is much easier to write in English, even when you have to then translate the poem back to your mother tongue. If you take Janis Joplin, she sounds absolutely incredible in English, but once you translate it to German, it becomes horrible. Lord, how kitschy it sounds! In English you can say anything without it ever sounding kitschy. In this area, German is quite sensitive and one has to be very attentive and oftentimes coin new words which, so-to-speak, go against the stream.

A poem that I cannot understand is not a poem in my eyes. When I'm reading a poem, I don't want to be solving a riddle or a crossword. A poem should neither be a legal text understood on the third reading. I just have a problem with certain poets... Language and experimentation with language are also essential to me. I adore alliterative verse. 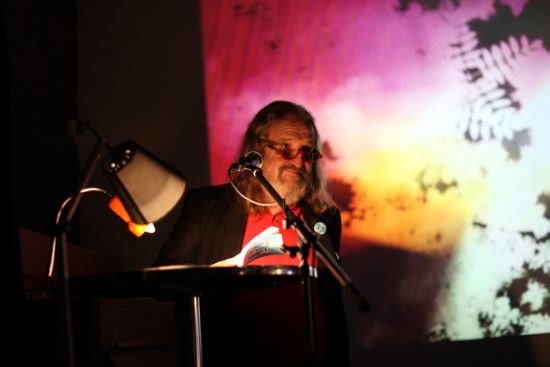 What does poetry mean to you?

Poetry is in everything and it is the fundamental element of life, but it isn't given enough attention. Everything is poetry, even a large part of advertisements... pop and pop music are poetry. John Lennon... Janis Joplin, a genius singer and songwriter... Poetry is an essential part of many everyday things and it deserves our attention. That's why I started publishing the Poetry from Austria edition published in 50 volumes.

People from all over Austria had started sending me their manuscripts, and one was even written by programmer. Imagine that! Somebody thinking in ones and zeros and then constantly living in yeses and noes, yeses and noes.... a person like this suddenly writing poetry? That impressed me quite a bit. You know, a poem can be considered good even when it doesn't represent my taste. There are things that I consider good, even if they aren't exactly my cup of tea. When you take Jackson Pollock, you think, "Wow!" I am no fan of abstract art, but I can still say, "Wow!" Plus, I shouldn't only publish the poems that I like, nonsense! So I tell myself, great, it's good, it's nice, it's okay. I wouldn't have written it this way, but it's okay. 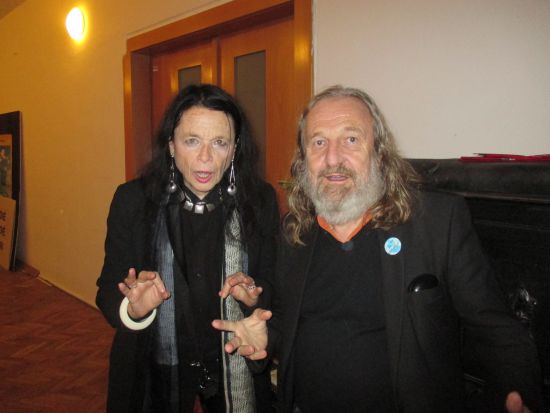 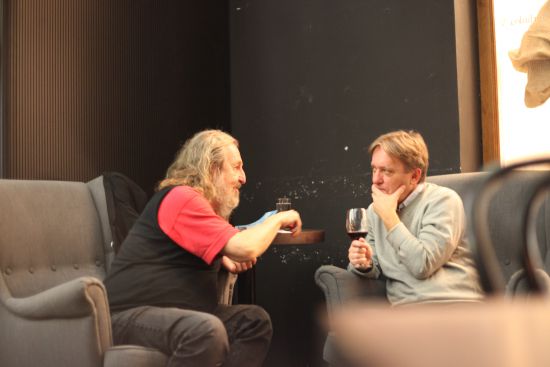 Manfred Chobot is a freelance author, who was born in Vienna. He's an author of 12 poetry collections, 24 prosaic works, two novels, two books of photography and two children's books. His poetry collections were translated into English, French, Spanish, Slovak, Czech, Polish, Bulgarian, and in the case of his joint publication with Aminur Rahman, into Bengali.

Chobot is a member of the board of directors at the Austrian IG AutorInnen writers union, and the Grazer Autorenversammlung, an Austrian authors association. Apart from that, he's a member of the Podium association and the Kogge international authors association. He co-founded 1. Wiener Lesetheater and 2. Wiener Stegreiftheater (first Viennese theaters hosting reading performances). As an editor he participated in the publication Lyrik aus Österreich (Poetry from Austria) and he's also an author of more than 50 radio plays.

Manfred Chobot was also a guest poet at the International Poetry Festival Ars Poetica 2016 and his poems were published in the Ars Poetica 2016 Anthology in Slovak translation by M. Straková.

Find out more about the author: chobot.at

The interview with the poet was prepared by Martina Straková