Home > News > Come and listen to the crystal-clear sound of world poetry!

Come and listen to the crystal-clear sound of world poetry!

16th International Poetry Festival Ars Poetica 2018 is around the corner

From 13th of November, Bratislava will host the multi-genre poetry festival Ars Poetica 2018, unique to the central European region. The visitors will have a chance to see over 20 prominent poets from a range of countries, backed by inventive VJ sets, readings of original translations, concerts and special film program. One of the highlights of 16th Ars Poetica will definitely be the concert of world-class sound poetry featuring the UK's Hannah Silva and the Japanese poet and performer Tomomi Adachi. Apart from experimental films, SNG Café Berlinka will host exclusive sit-downs with prominent poets from the Versopolis platform, one of its kind in all of Europe.

This year's ceremonial opening will take place in the Slovak National Theatre in the form of a theatrical premiere of a play titled Šmátranie v širočine (Fumbling in the Vastness) directed by Soňa Ferancová, filled with "magical imagery and inner voices that will arouse the forgotten plains of your memory." It is a unique collaboration between the renown opera singer Štefan Kocán and the famed SND actor Ján Gallovič and it will "light up your senses and bring you to the streams of living language." The play is based on a montage of poetry by the Slovak poet Ján Stacho assembled by Martin Solotruk. 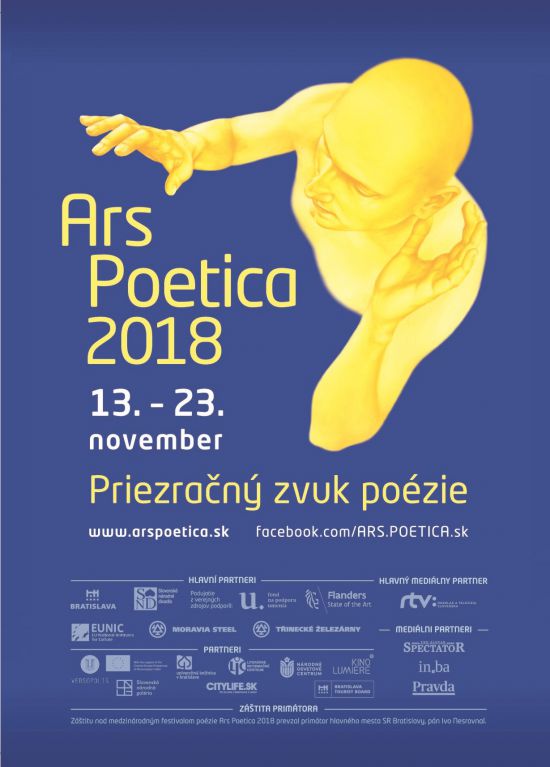 Apart from the classic poetry evenings, Ars Poetica will present performances built on the overlap of contemporary world poetry and various genres of art. The visitors will have a chance to hear a whole range of poetics and languages, including poetry in Finnish, Macedonian and Hebrew. The biggest draw might just be the numerous prominent personalities of contemporary world poetry, including Noam Partom (Israel), Alexandru Potcoavă (Romania), Carmien Michels (Belgium) or Bruno Doucey (France). Slovakia will be represented by Jana Beňová, Mária Ferenčuhová and Agda Bavi Pain. The festival will culminate in Ars Poetica Film, film screenings in the Lumière Film Theatre.

All poetry evenings, concerts and open-end parties are open to public. 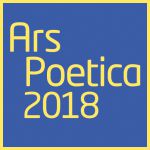